Around the Internets: Robot Wisdom is back, New Counter Prop Art, and New Media Musings 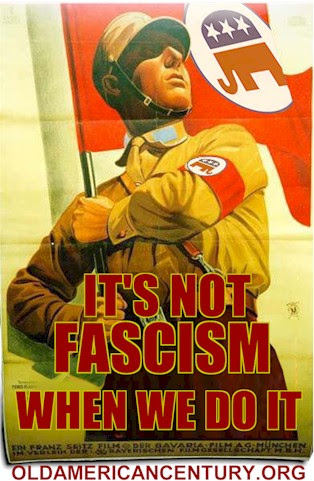 I got these from www.oldamericancentury.org. Reminds me of Micah's work. 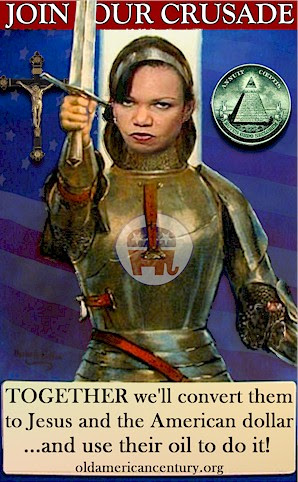 My arch foe (He shall rue the day...) at Gravity Lens has some interesting posts. These animation shorts by Doug Chiang truly are impressive. He also alerted me to a site called the Venus Project. They're building the Brave New World here on Earth. They're just not too sure about that constitution yet.

And Robot Wisdom is Back!!! And he's baaaaaader than Eva...! I have some affection for Jorn and hope he conquers his problems.
And some great catches from Jorn already: Iraqi corporate profiteers, CIA drones over Iran, and this profile of Wikipedia over at Wired.
One of the ironies of the Iraqi and Afghan elections: They get more democracy than we do. (Well, not really, but on paper it's not too bad...)
Of course the BTK killer is devoutly religious. Time to reread Bertrand Russell's "Why I'm Not a Christian."

Oh and here's a good point. Reminds me of the stem cell research debate.

How the Churches Have Retarded Progress

You may think that I am going too far when I say that that is still so. I do not think that I am. Take one fact. You will bear with me if I mention it. It is not a pleasant fact, but the churches compel one to mention facts that are not pleasant. Supposing that in this world that we live in today an inexperienced girl is married to a syphilitic man; in that case the Catholic Church says, "This is an indissoluble sacrament. You must endure celibacy or stay together. And if you stay together, you must not use birth control to prevent the birth of syphilitic children." Nobody whose natural sympathies have not been warped by dogma, or whose moral nature was not absolutely dead to all sense of suffering, could maintain that it is right and proper that that state of things should continue.

That is only an example. There are a great many ways in which, at the present moment, the church, by its insistence upon what it chooses to call morality, inflicts upon all sorts of people undeserved and unnecessary suffering. And of course, as we know, it is in its major part an opponent still of progress and improvement in all the ways that diminish suffering in the world, because it has chosen to label as morality a certain narrow set of rules of conduct which have nothing to do with human happiness; and when you say that this or that ought to be done because it would make for human happiness, they think that has nothing to do with the matter at all. "What has human happiness to do with morals? The object of morals is not to make people happy."

Oh, and this rings true:

Fear, the Foundation of Religion

Religion is based, I think, primarily and mainly upon fear. It is partly the terror of the unknown and partly, as I have said, the wish to feel that you have a kind of elder brother who will stand by you in all your troubles and disputes. Fear is the basis of the whole thing -- fear of the mysterious, fear of defeat, fear of death. Fear is the parent of cruelty, and therefore it is no wonder if cruelty and religion have gone hand in hand.

What We Must Do

We want to stand upon our own feet and look fair and square at the world -- its good facts, its bad facts, its beauties, and its ugliness; see the world as it is and be not afraid of it. Conquer the world by intelligence and not merely by being slavishly subdued by the terror that comes from it. The whole conception of God is a conception derived from the ancient Oriental despotisms. It is a conception quite unworthy of free men. When you hear people in church debasing themselves and saying that they are miserable sinners, and all the rest of it, it seems contemptible and not worthy of self-respecting human beings. We ought to stand up and look the world frankly in the face. We ought to make the best we can of the world, and if it is not so good as we wish, after all it will still be better than what these others have made of it in all these ages. A good world needs knowledge, kindliness, and courage; it does not need a regretful hankering after the past or a fettering of the free intelligence by the words uttered long ago by ignorant men. It needs a fearless outlook and a free intelligence. It needs hope for the future, not looking back all the time toward a past that is dead, which we trust will be far surpassed by the future that our intelligence can create.

New space plans from Japan.
China leads the way in alt fuels. Well, someone should.
How to make a podcast.
And on a related note, I'm adding New Media Musings to the blogroll.
News of an incredible treatment drug.
Miss the Sopranos? Here are some impressive Voice stories about the Mob by Tom Robbins (He's gonna get whacked(!)...or have one of those accidental suicides that investigative reporters are so fond of...) here and here.

Posted by Philip Shropshire at 12:20 PM