Apparently: ripped from the headlines. Also: "Judo Guns and Sabotage"
Posted by Philip Shropshire at 6:51 PM No comments:

#philsbandnames #SOA Black and White vs. Yellow and Brown #sonsofanarchy

Inspired by last night's Sons of Anarchy.
Posted by Philip Shropshire at 7:33 AM No comments: 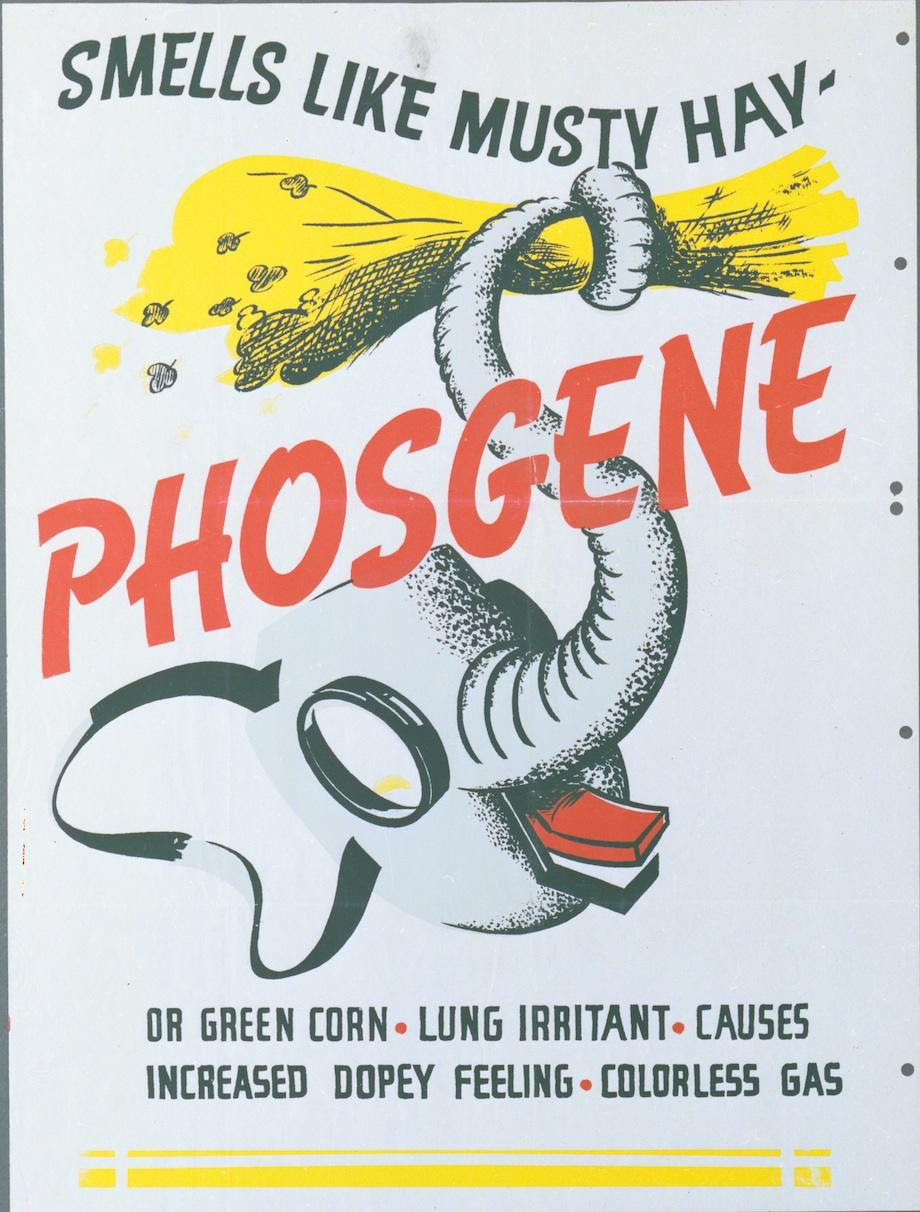 ITEM: IN case You're ever in the vicinity of poison gas...you need to know the scents. I certainly wouldn't want to get that "increased dopey feeling".  Get all four here.
ITEM: Atheists are all abuzz by that fantastic response to Wolf Blitzer's somewhat stereotypical question about the Good Lord. More here on that. Even funnier cartoon by Tom Tomorrow. 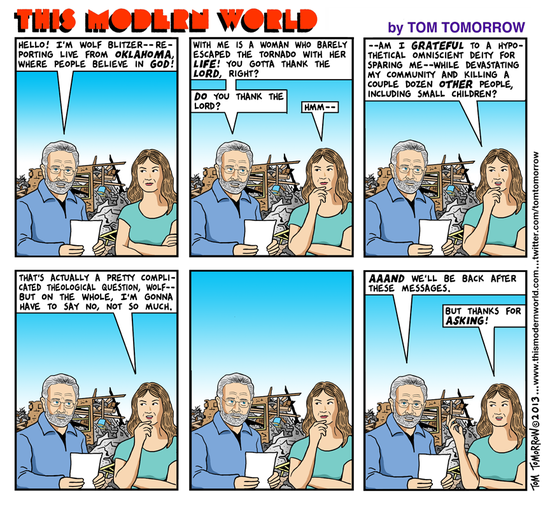 May 18 not March 18th
ITEM: One of the things I learned from the very informative alternative history offered by Oliver Stone some months back is the complete superiority of Henry Wallace. He would have continued the legacy of FDR. You almost wish that FDR had died a bit earlier so that this man could have taken power. Truman, according to Oliver Stone -- whose view of history I respect (Seems to come out of the depressing Zinn/Chomsky school which seems to be 99.9999 percent right most of the time...) -- is portrayed as some kind of dim witted rube that Big Money could manipulate at will. It was clear that Wallace was dumped by those same Big Money forces for Truman in 44. But I admire what Wallace was against. (See the pic here to see what this means.)
ITEM: I'm going back in time to produce this version of the Matrix featuring Sidney Poitier as Morpheus, Pam Greer as Trinity, Peter Sellers as Agent Smith and Bruce Lee as "Neo". (IN order to understand this reference to the Matrix you must first look at this poster.)
May 12 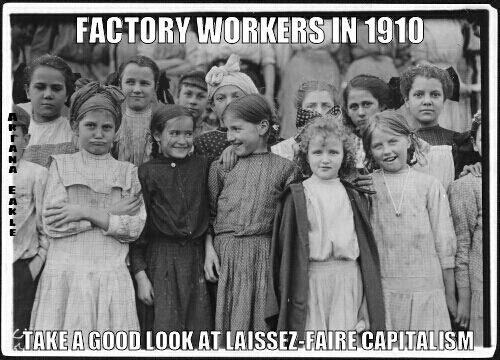 And: I really think Osama Bin Laden should have just become a successful American businessman. Kind of like that Saudi dude who invests in Fox...yeah, if I didn't like Americans I would invest in Fox news as well. 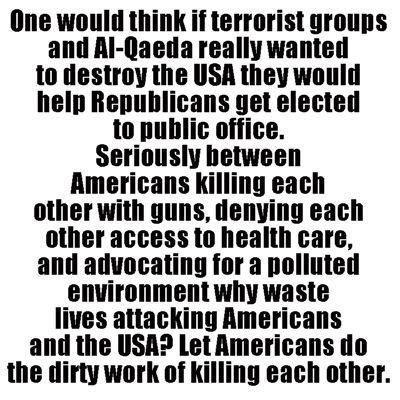 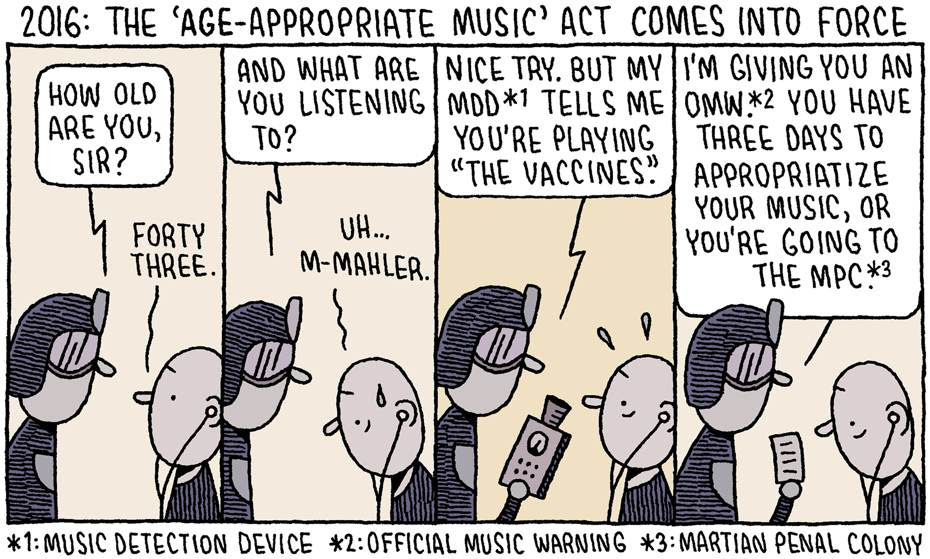 ITEM: I'm doomed when the Age Appropriate Music Act comes into force, probably right after CISPA passes. I don't think I'm too old or too black to enjoy the "Thee Oh Sees". These cartoons were brought to my attention by way of Boing Boing.
April 26
ITEM: I actually think people in the world have legitimate reasons  to hate the United States. Not that this would give me solace if I had gotten all blow'd up but still... Ted Rall nails it. 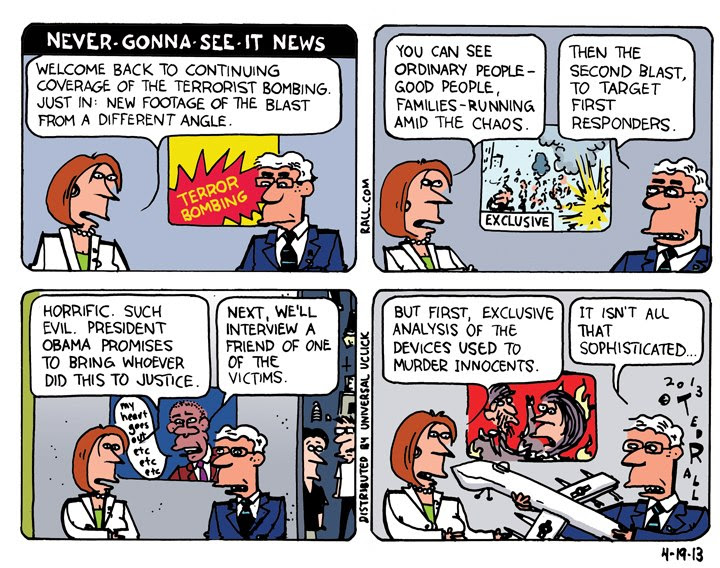 ITEM: I am trying to resurrect my somewhat moribund Progressive Examiner post.

Also:
Here is the third report that states PA taking $17 billion in free money works.
And:
Die Max Baucus Die and other news around the Progressive Internets
ITEM: The war against Gidas Flowers continues. Next up: the best criminal complaint I can possibly write about false statements.
late nite April 2oth
ITEM: More good images from the Facebook. This one is about medical bankruptcies with health insurance. This other one talks about prosecution for bombers vs industrial terrorists.
late nite April 9
(Also published at my Examiner Post.)
Around the Internets or PHRC investigator Catherine Leete is the Whore of Babylon at least according to the evidentiary model used by Catherine Leete (Some guy said it so it must be true.)
Here are some interesting stories I found or wrote about during the day.

Pennsylvania Governor Tom Corbett, still trying to kill me by not accepting 17 billion in free medicaid money (See Stephen Colbert on why.) From the PG:


It does not help his position that other Republican governors -- every bit as conservative and opposed to Obamacare -- have looked at the expansion and signed on to it. Why do the likes of Michigan's Rick Snyder, Ohio's John Kasich, Arizona's Jan Brewer and New Jersey's Chris Christie see a good deal when Mr. Corbett can't? Gov. Corbett needs to invest in people and accept that Obamacare is here to stay. If he dithers on the way to doing nothing, he risks spending four years of idleness, beginning in 2015, to consider where he went wrong. The voters are more likely to bite him than the gift horse.

And Tom Corbett: has a second way to kill me (as a working poor person) by closing half of all state funded healthcare clinics. Tom Corbett: he has alleged Christian values.


There are currently 60 health care centers across Pennsylvania where people who have illnesses or injuries but don’t have the money for treatment can go for care. The Corbett administration is now planning to close nearly half of them before summer’s end, but the Service Employees International Union Healthcare Pennsylvania is suing to halt the closures on the grounds that the PA Constitution requires such a policy to be passed by the PA Legislature. All this is happening as Pennsylvania ranks among the lowest states in the nation in state government spending on public health and the West Nile virus is on the rise in the commonwealth. Because who needs community nurses when there’s just a little West Nile going around, right, Corbett?

Answer: They're intelligent?
Russell Simmons wants the war on drugs to end. Good luck with that. We're not even sure he's going to let states legalize marijuana. But hey sometimes he pays attention to rich people.
Long nine minute youtube video about new documentary that tells you about how the corporate media is ruining everything. Probably 99.9 percent true.
Learn about how much fun it is to take your civil rights case to the Pennsylvania Human Rights Coalition. See the summary of flaws inherent in alleged PHRC investigator Catherine Leete's findings.
late nite March 31st.

March 18
Around the Internets
ITEM: Art from Juxtapoz. Below. I like how they find what I'm guessing are European surrealists although could be American. You never know. Like their page on Facebook and their website to figure out who the artists are. Reminds me of Heavy Metal and Steranko at the same time. 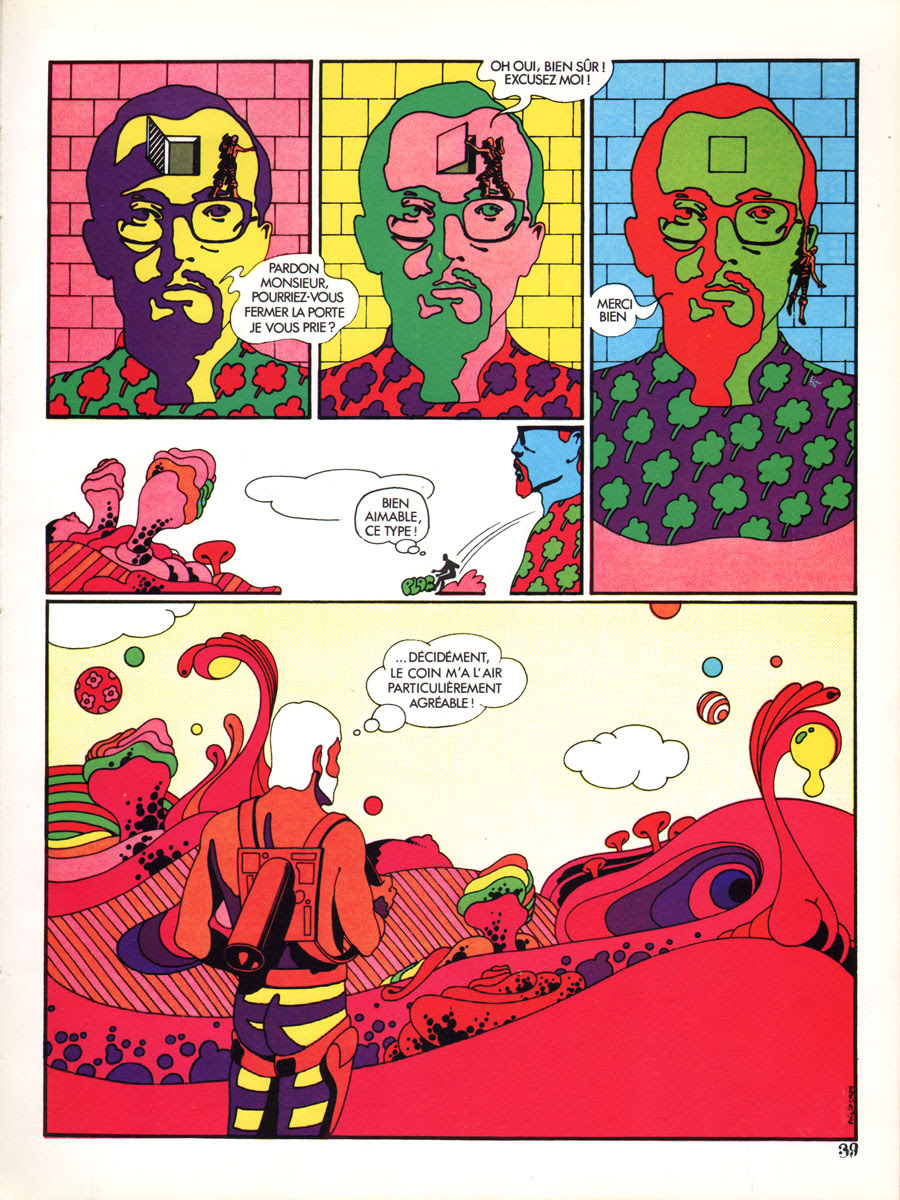 ITEM: I'm still trying to do some "writing" apparently at my Pittsburgh Progressive Examiner post. This used to generate some income for me. It's been a struggle resurrecting it. And I hate those automatic ads that play when you link on a page. I think that drives traffic away.
Three headlines:

What the ISP Six Strikes regime means and a roundup of Internet responses.

And:
Thank Bradley Manning for being a true Patriot.
ITEM: Something political. Oh, and reminds me: The Christopher Shropshire War Atrocity Page is still going strong. 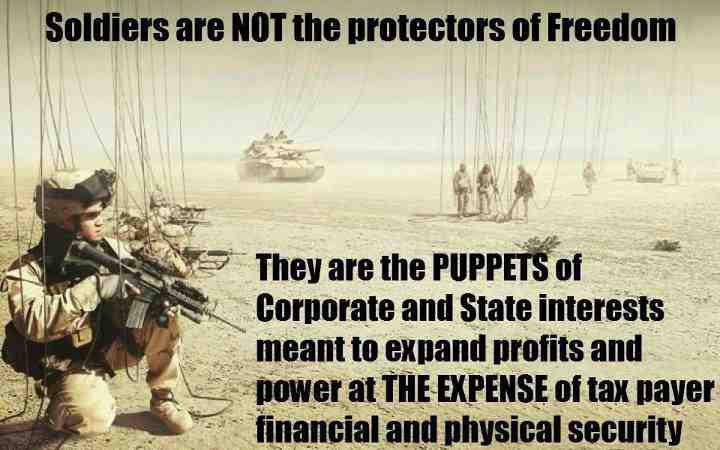 ITEM: Very good anti war posters that I found on Facebook of all places. Quick succinct arguments against both enlistment and the perpetual American Forever War against small non nuclear countries that have things that we want.
March 8, 2013
ITEM: I've created Fundly campaigns for both Three Rivers Online and Viable Third Party Campaigns. As for the latter, we can do better than the duopoly.  We can even do it with small donors.
Feb. 17, 2013


ITEM: Best Facebook pics and toons.
Posted by Philip Shropshire at 7:05 AM No comments:

#sonsofanarchy I think Jax should just let her take the kids.

They will be safer. She should move to a safer show, like Mad Men or Walking Dead or Justified...Definitely Agents of Shield. Its all safer...
Posted by Philip Shropshire at 11:27 PM No comments:

Doesn't she have a trial that she's going to lose?
Posted by Philip Shropshire at 11:24 PM No comments:

#sonsofanarchy Well its good to see SOMEONE helping black entrepreneurs...

Posted by Philip Shropshire at 11:08 PM No comments:

She has to be stopped I think. Unless next season is Teller behind bars...
Posted by Philip Shropshire at 11:03 PM No comments:

#walkingdead Well its a little safe for little girls with guns.

I stand partially corrected.
Posted by Philip Shropshire at 4:49 AM No comments:

#walkingdead Okay. This is just not a world for a little girl.

Of course I blame the mother. Of course this is a world where a ghoul would jump out of the soil...have to watch for that.
Posted by Philip Shropshire at 9:37 PM No comments: