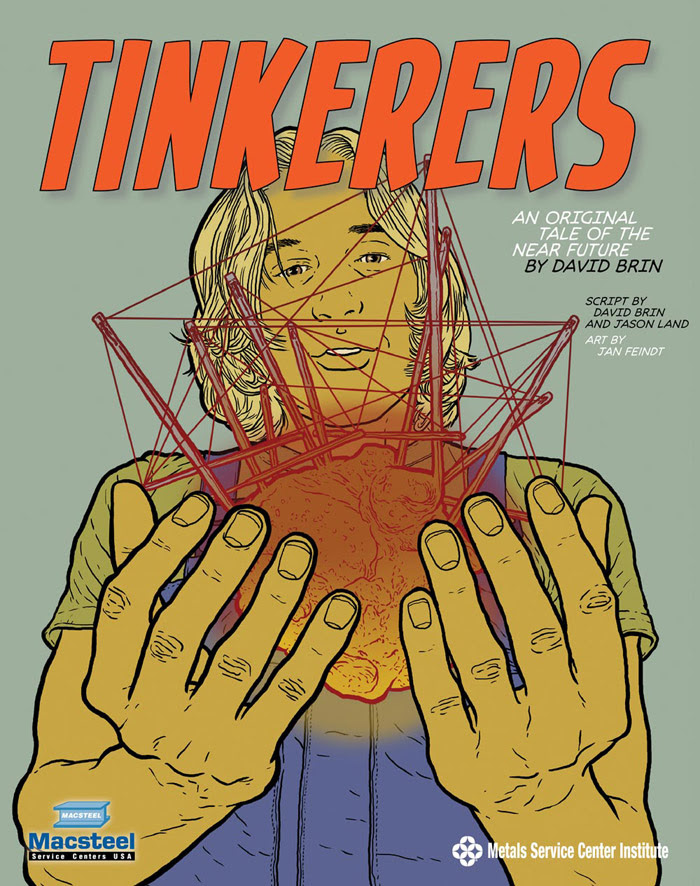 ITEM: I am currently reading an online graphic novel called "Tinkerers" by acclaimed science fiction writer David Brin. Its futuristic theme is supposed to be about "what happened to American manufacturing?". I'm guessing the answer that David will give has something to do with reawakening the individual's gumption and so forth. As someone who's been watching American industrial policy for the last 30 years I can assure you that this has more to do with the choices made by the investor class than what individuals do, the Internet notwithstanding. Related: Have I mentioned that we're trying to ruin the Internet? World's greatest growth engine? (Here and here.) I guess we don't want the Facebooks or the Googles to succeed unless the Right gatekeepers have approved of their disruptive technologies. More Related: Or unless they become Narcs.

Posted by Philip Shropshire at 10:32 AM No comments:

My camera really doesn't take good shots at night. Even with the flash the results are just so so. I guess that's why people spend several hundred dollars on a good camera.

Posted by Philip Shropshire at 6:13 AM No comments:

Explore the Many Heroes and Villains of...Unemployed Maaaaaan!

ITEM: Above: (Special No Prize for Micah Wright for pointing this out.) Learn about the heroes that inhabit the economically violent and Depression Like world of...Unemployed Man! Definitely a man that I've been. That and Underemployed Man.
Posted by Philip Shropshire at 4:29 AM No comments:

Harvey Pekar comics that was illustrated by Alan Moore. I think this is the full thing. Yep. Alan definitely sucks as an artist.

Posted by Philip Shropshire at 4:05 AM No comments:

The Acid Jazz Channel will not work when you see no pic in the console.

This is not good. The videos won't play consecutively. You'll have to sit by the console and hit that arrow on the right hand side, a lot. Remember: You have to wait at least a minute on this page or others so that the pic will load and the videos will run consecutively for hours.

Posted by Philip Shropshire at 2:35 AM No comments:

Email ThisBlogThis!Share to TwitterShare to FacebookShare to Pinterest
Labels: the acid jazz channel

When the Acid Jazz Channel works you'll see a picture in the frame.

If you don't see a picture, then the non youtube vids won't play and the channel will stop after awhile. You should wait for at least a minute for the channel to properly load. Its the one trick of the channel. I find that it can go three hours without a significant glitch or without you heading to the next video as long as you wait for that picture to appear.

Posted by Philip Shropshire at 2:00 AM No comments:

Email ThisBlogThis!Share to TwitterShare to FacebookShare to Pinterest
Labels: the acid jazz channel 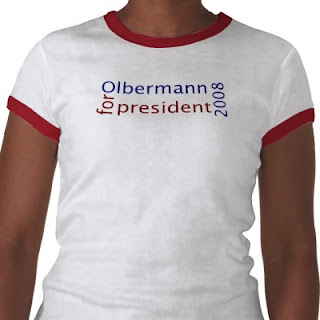 (I should change that pic to 2012...)
I’m not that surprised by Keith Olbermann’s suspension. I also wouldn’t be surprised if Olbermann’s suspension turned into a termination. Its Phil Donahue all over again. However, that might not be such a bad thing if Olbermann, Ratigan, Donahue, Maddow, Cenk, and Ed Shultz were to start their own online news channel. The most successful people on the Internet are television personalities anyway. They would also be free not to adhere to some brain dead objectivity standard in a world where Fox News openly endorses the openly fascist Republican Party (Old fashioned jack booted fascists by the way.) Keith Olbermann could also lead the online television efforts of, say, a Firedoglake…more on that thought later…

Even if Keith were to survive this latest hit I can’t imagine him and the rest of the progressive anchor team surviving Comcast and the new ownership. I think tweety and the Last Word guy will be fine. This brings me to an important point I’ve always wanted to make but lacked a proper opportunity: Chomsky and Herman’s Propaganda Model. Or this is why no liberals are ever ever allowed on your television.

You can read about this theory here: Manufactured Consent.

The mass media serve as a system for communicating messages and symbols to the general populace. It is their function to amuse, entertain, and inform, and to inculcate individuals with the values, beliefs, and codes of behavior that will integrate them into the institutional structures of the larger society. In a world of concentrated wealth and major conflicts of class interest, to fulfill this role requires systematic propaganda.

In countries where the levers of power are in the hands of a state bureaucracy, the monopolistic control over the media, often supplemented by official censorship, makes it clear that the media serve the ends of a dominant elite. It is much more difficult to see a propaganda system at work where the media are private and formal censorship is absent. This is especially true where the media actively compete, periodically attack and expose corporate and governmental malfeasance, and aggressively portray themselves as spokesmen for free speech and the general community interest. What is not evident (and remains undiscussed in the media) is the limited nature of such critiques, as well as the huge inequality in command of resources, and its effect both on access to a private media system and on its behavior and performance.

A propaganda model focuses on this inequality of wealth and power and its multilevel effects on mass-media interests and choices. It traces the routes by which money and power are able to filter out the news fit to print, marginalize dissent, and allow the government and dominant private interests to get their messages across to the public. The essential ingredients of our propaganda model, or set of news “filters,” fall under the following headings:

(I) the size, concentrated ownership, owner wealth, and profit orientation of the dominant mass-media firms;

(2) advertising as the primary income source of the mass media;

(3) the reliance of the media on information provided by government, business, and “experts” funded and approved by these primary sources and agents of power;

(4) “flak” as a means of disciplining the media; and

(5) “anticommunism” as a national religion and control mechanism. These elements interact with and reinforce one another. The raw material of news must pass through successive filters, leaving only the cleansed residue fit to print. They fix the premises of discourse and interpretation, and the definition of what is newsworthy in the first place, and they explain the basis and operations of what amount to propaganda campaigns.

Read the whole thing as they say. People have already suggested that Philip Anshutz, or the other Richard Mellon Scaife, as being the culprit. That’s a pretty good theory. I used to work for the Examiner as the Progressive columnist for the Examiner and I was let go for reasons which didn’t make any sense until I found out who the big owner was. You can compare what I wrote to what now passes for political news in Pittsburgh. I don’t think they replaced the progressive or atheist posts I held. See number 1. And if the censorship extended to the Examiner, I might have influence but its not MSNBC influence, well that whole 6 to 10 time slot plus Ratigan is endangered.

If Olbermann made the move to online and took some friends of his with him he could wield far more power. On the other hand, we can only do that if net neutrality is in place. I hold a special place of contempt for all those dems who don’t think net neutrality is important. You’re supporting a Fox news like Internet. Comcast also owns half or more of high speed internet. Not to mention that the Internet is the greatest business creator ever invented. Related: All 95 supporters of Net Neutrality lost.