Go Fuckin' Vote or At Least Try To 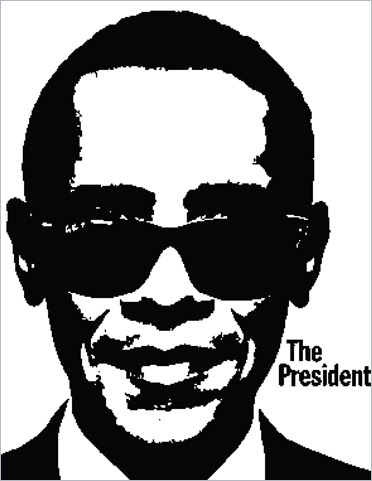 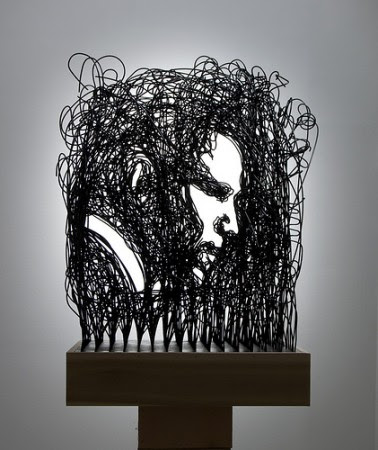 Realistic assessment of Obama, who I voted for just so we're clear, by Danny Glover below. I actually met him once. Have to tell that story later. He's definitely a cool guy.

Posted by Philip Shropshire at 6:47 AM No comments:

A Paranoid's Look At A Possible Stolen Election

By any objective measurement, it should be a blowout for Obama today. By any realistic measurement, and in light of what some of us think are the Republican presidential steals of 2000 and 2004, we could be looking at yet another stolen presidential election. The good news: it should be really really hard to steal this election. It would be so obvious that even the Mainstream Media and the Daily Kos would notice. Frankly, I'm hoping that the election thieves were ordered to stand down after their masters looked closely at their shrinking stock portfolios. The Bad News: Ker Razy Christian Fundamentalists have been pinpointed as the master hackers. They're not in the reality based worlds. The only way they could win is to turnaround elections in DNC strongholds but it could still work. Obama didn't even ask for a recount in New Hampshire where he could have possibly proven fraud. If he doesn't question dicey results today, we're screwed. Everything would depend on a Green Party, Ralph Nader recount. I know they would have the balls to do that. But we would have to fund them.

First, here's the Markos prediction. In a fair world where the machines work or where the deficit is simply too big to steal believably, this is what should happen given Obama's superior ground game and early voting advantage. 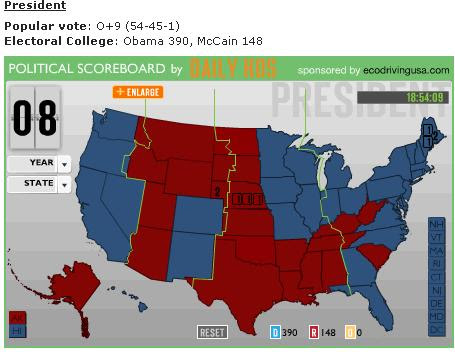 Now, given the reality of what's happened over the last decade years, this is a map (below) of what kinds of voting machines are in which states. If I was an election stealer, then I would put all my resources into stealing states that are either orange or red. These states have no paper record of your vote. Some of them have internal audits but they'll simply reflect the stolen vote totals so they're worthless. 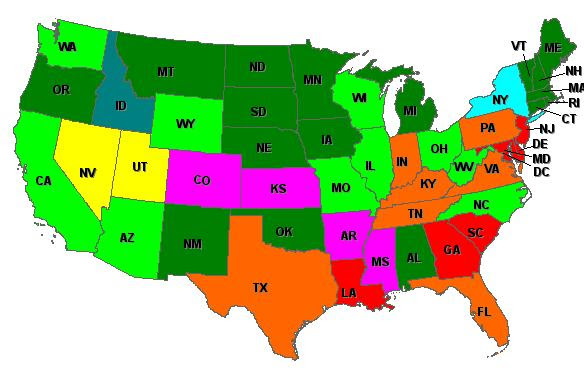 Again, if I was a thief, I'd take a good look at Pennsylvania and New Jersey. Just for fun, I used one of the free construct your own electoral vote counters from the Internets. This is what I concluded would happen if they steal states that they could easily steal. You might note that even if they were to steal Pennsylvania and New Jersey, where no records or no audits exists, as far as I know, Obama could still win. One note: Florida switched to paper ballots so they're all green now. I hope. 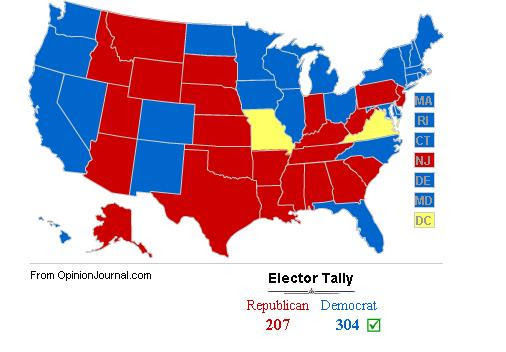 Now, here's where the Big Fat Steal could occur: all along the Eastern seaboard. I would go after Delaware and Maryland. Untraceable. A perfect crime. You would have to go to court and ask for new paper ballot elections. You would be under the 2000 timetable gun. You would have to win in Republican courts. The public would have to buy that Obama lost in four states where he was up by 10 points or more but more than likely the MSM would be fine with it. ("Joe the Plumber struck a chord" or some bullshit like that...) Again, astonishing I agree. But possible. How crazy are right wing Christian Fundamentalist Pro Life hackers? That's not an answer I'm comfortable with. Here' the thing: Even if Obama wins this is a terrible system. You can leave your money out on the street overnight. It might be there in morning. But that doesn't mean that this is a good banking system. Ditto for our voting machine architectures. The whole country should be green with paper ballots and random mandatory audits. One more depressing note: you can steal elections in the green and blue areas too, but its much harder and it should be discovered by way of recounts.