Posted by Philip Shropshire at 2:05 PM No comments:

Other Ways to Protest the Olympics 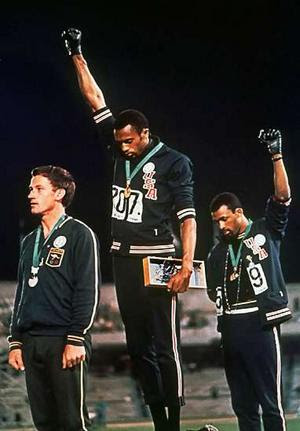 You know, instead of boycotting the Olympics, you could show your unhappiness about what's happening in Tibet in other ways. There is a precedent for that sort of thing. I'm making the presumption that China won't shoot you and send payment for the bullet to your family, at least not with the whole world watching. I'm of the opinion that these kinds of boycotts only punish the athletes and don't really change anything politically.

Posted by Philip Shropshire at 2:03 PM No comments:

Leaving My Cable Channels Behind

So I got the three in one cable deal a year or two back and I ended up paying about 100 dollars a month initially. Then when the reductions and rebates wore off that ballooned to about $150. So I got rid of most of my cable channels (I pay nine bucks a month for local channels, plus BET and the Golf channel, pretty much two of the most useless channels ever.) I kept my Internet service and my phone. It was actually cheaper to keep some cable channels as opposed to getting rid of it completely, although it looks like I may have been given some incorrect info from my helpful Comcast service provider.( An aside: I was originally told that if I got rid of all my remaining cable channels I would be paying about 110 a month for my two remaining services where if I kept some channels it would be 55 dollars a month for all three services. So I chose option two naively enough. I later found out that my bill would be closer to 80 bucks a month. Like I said: helpful, if you define "helpful" as a lack of accuracy or candor. Looking into Vonage as I type this...)

I have to admit I don't miss cable at all. I'm actually physically angry over what happened to BET on Jazz ( And Goddamn you Reginald Hudlin.) where they turned one of the most interesting music stations ever into the usual mediocre BET nonsense. I guess the white corporate owners just couldn't stand all those articulate black men who weren't in jail playing their instruments at a high level. We wouldn't want that, especially since for some reason they're not in jail as outlined in The Plan. Another reason, aside from bitterness, I don't miss cable at all is that I can pretty much watch all the television I want online. Here are some of the services I found and this is by no means a complete list.

Online TV attempts VEOH and MIRO.
I haven't even attempted to check out their vast libraries yet.

Hulu
New attempt by Fox and NBC to put most of their television content online. There are shows here that I haven't seen in years and are especially cool to watch at night. Watching the Night Gallery right now.

Surf the Channel
Doesn't seem entirely legal. Should I be able to watch Jumper or American Gangster online... I'm just not sure.

List of Online TV Stations from Zeropaid
Again, not totally legal I'm sure but it's hard to regulate those Asian Youtube stations.

The Acid Jazz Channel
The best music channel that I've ever made. I play mostly music at my music channel. Crazy huh?

And that's not even a complete list. I even found Farscape. This week, two of the shows that I would have missed, Smallville and South Park (which puts all their shows online anyway.) I found online. Notice I haven't even had to use Bittorrent yet. Besides, that would be wrong.
I guess this is the future.

Posted by Philip Shropshire at 2:01 PM No comments: 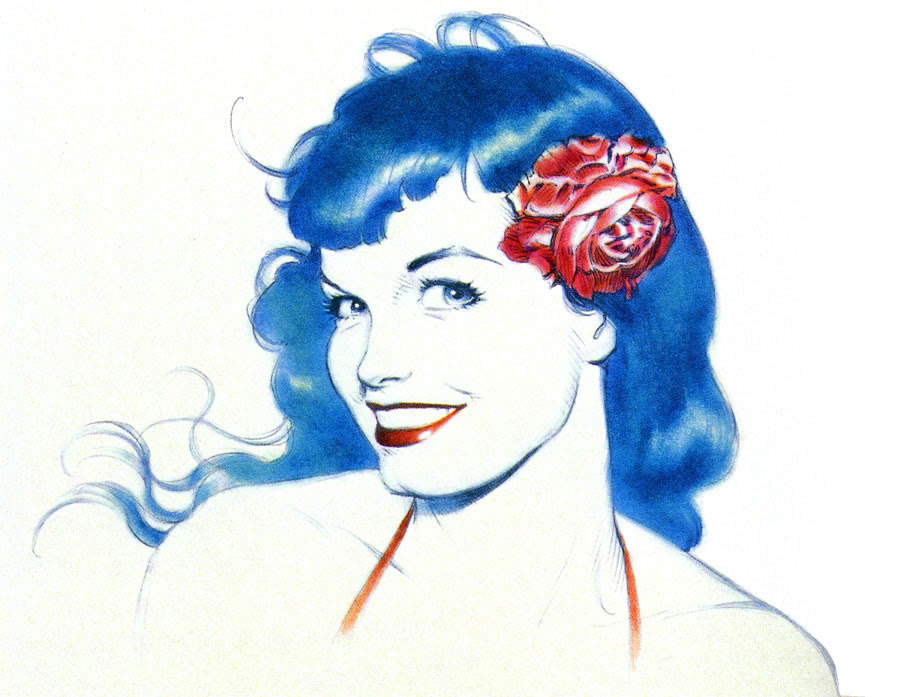 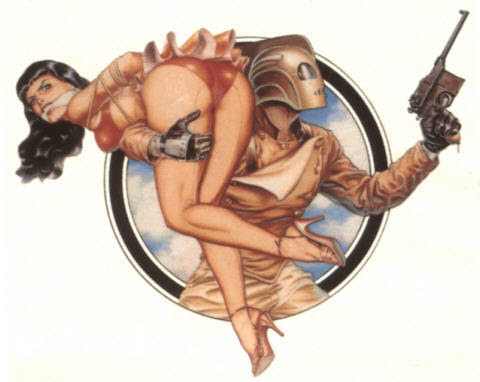 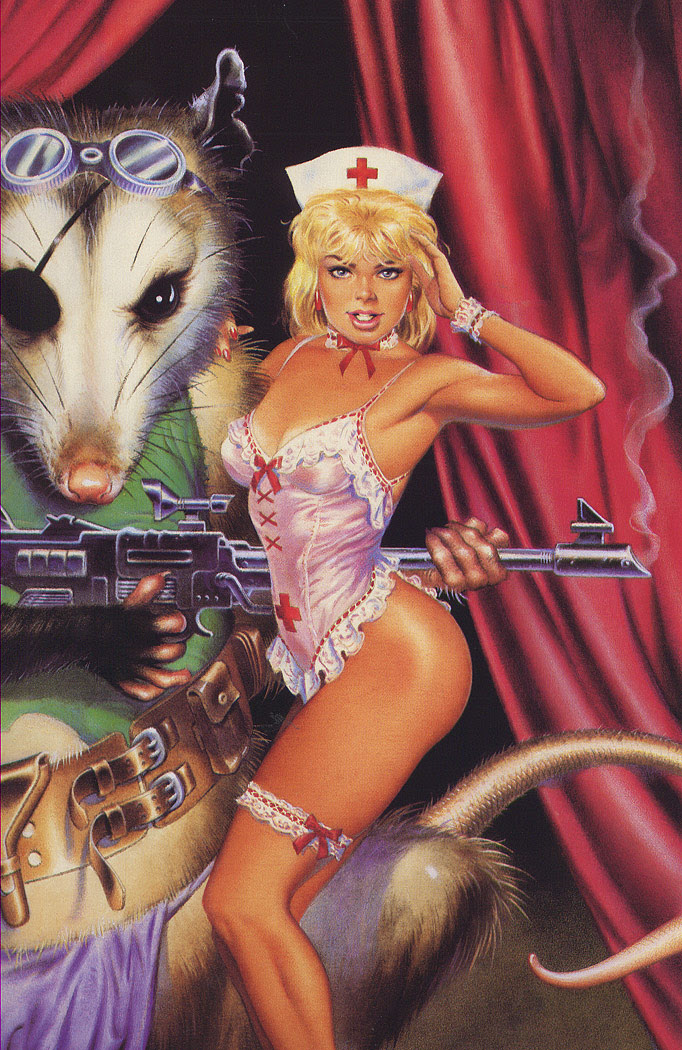 Posted by Philip Shropshire at 1:59 PM No comments:

Sorry this story is no longer available.

Posted by Philip Shropshire at 10:51 AM No comments: 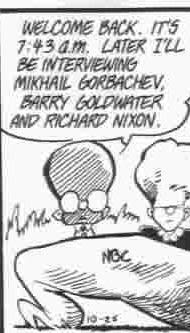 Morrissey was right. We hate it when our friends become successful. My former New Pittsburgh Courier colleague Walter Ray Watson is the recipient of a Nieman Fellowship. I think that means he gets to teach and write for a year or a summer and he still gets to go back to his job at NPR when he's done. One of the great crimes of this world would be if Walter was unable to finish a book--I mean, any book--before he leaves this plane. One of the most gifted natural stylists I've ever seen, let alone worked with. Congrats. I should note that this gives me another opportunity to take a shot at my old union busting Courier boss Rod Doss. Keep in mind that not only did Rod not hire Tony Norman, arguably the most interesting essayist in the local corporate media, he wouldn't give Walter a recommendation. True, that's because he sort of supported the union I organized down there. I guess that's the kind of thing that angers a pro life republican. But, and I do so hate giving Rod any credit at all, perhaps its best to have a bad father than no father at all. Rod at least hired you when the white papers in this town wouldn't. I have to also confess I'm also interested in the topic he's studying which is: "will study how the new media will affect communities that lack access to the changing way news and information are delivered." Welp, as Walt used to write, I think the answer is that the new media will probably supplant and replace most of what now constitutes the mainstream media or at least that's my sincere hope. I do hope that NPR is the last to fall, however, in that they do represent excellence. One snarky point: shouldn't someone who's writing about the New Media actually have a blog or two? Then again, I suppose you could talk about my Morrissey impression among other embarrassing hijinks that we had at the Courier, which we once joked about turning into a sitcom proposal...

Email ThisBlogThis!Share to TwitterShare to FacebookShare to Pinterest
Labels: walter ray watson, we hate it when our friends become successful

New Get Your War Ons

What Should Have Appeared March 20

Sorry for the light posting. I can only logically conclude that its cause was...Satan! Satan I sez. New Get Your War Ons. Related to the cartoon above: New piece at the Black Agenda Report about the Black Prison Gulag and the Prison State. I might note that the Black Agenda Report and independent African American bloggers are what a real black press should look like. Or a black press that doesn't have to cater to conservative white advertisers or the local Republican Party. Yes I could be alluding to the New Pittsburgh Courier, run by pro life republican Rod Doss last time I checked. Not unlike a "Jewish" paper being run by Palestinians.

Posted by Philip Shropshire at 11:52 AM No comments:

Email ThisBlogThis!Share to TwitterShare to FacebookShare to Pinterest
Labels: get your wars ons

Posted by Philip Shropshire at 11:50 AM No comments:

Email ThisBlogThis!Share to TwitterShare to FacebookShare to Pinterest
Labels: god man, plan b

The "Lobby" might be targeting Sen. Obama. From Muzzlewatch:

In (Some) Jews Against Obama, the Nation’s Eric Alterman has the most in-depth roundup I’ve seen yet of charges leveled against Obama by various American Likudnik Jewish leaders including Mort Klein of the the Zionist Organization of America, Malcolm Hoenlein of the Conference of Presidents of Major American Jewish Organizations, and a counsel at the American Jewish Committee.

During the past few months a small group of neoconservative Jews, many of whom hold key positions in the world of official Jewish institutions, have been working to undermine the presidential candidacy of Barack Obama with a series of carefully planted character assassinations and deliberately misleading innuendo.

As usual, attempts at painting Obama as anti-Israel have had almost no traction with the majority of American Jews, whose liberal views comport with Obama’s with quite nicely.
What exactly are they so scared of? Alterman writes:

Perhaps it is honesty about the issue. Speaking to a largely Jewish audience in Cleveland, Obama explained, “There is a strain within the pro-Israel community that says unless you adopt an unwavering pro-Likud approach to Israel, you’re anti-Israel and that can’t be the measure of our friendship with Israel.” Then came his kicker: “One of the things that struck me when I went to Israel was how much more open the debate was around these issues in Israel than they are sometimes here in the United States.” No wonder he scares them so…

Related: One hour Dutch documentary about the Israel lobby, features Mearsheimer and Walt and another black politician that was targeted by AIPAC. You know, if we had a legitimate black press that would be a big story. If we had such a thing...

Posted by Philip Shropshire at 11:44 AM No comments:

The Return of Return to Forever 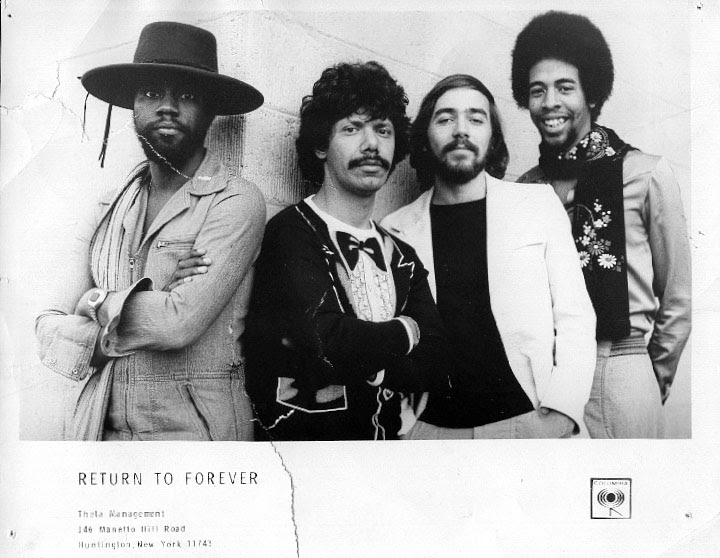 One of the greatest bands, ever, is reuniting this summer. They say the time is right. I think the time is right and they won't be able to play these songs for much longer. These aren't tunes for old men. Kneel before their greatness here and here and here. Kneel! And avert your eyes...This is, by the way, completely a Youtube phenomenon because Tony Mowad and WDVE don't play this kind of music. They just don't. But if you want to hear Harrison Bergeron players who aren't allowed to jump higher and dance better on commercial and even non commercial radio--also featured on the Acid Jazz Channel-- go to Youtube. Watch this and this. Related: If you're looking for a kewl band name, then you can't go wrong with "Death Camp for Cats".

Posted by Philip Shropshire at 11:43 AM No comments:

Email ThisBlogThis!Share to TwitterShare to FacebookShare to Pinterest
Labels: return to forever 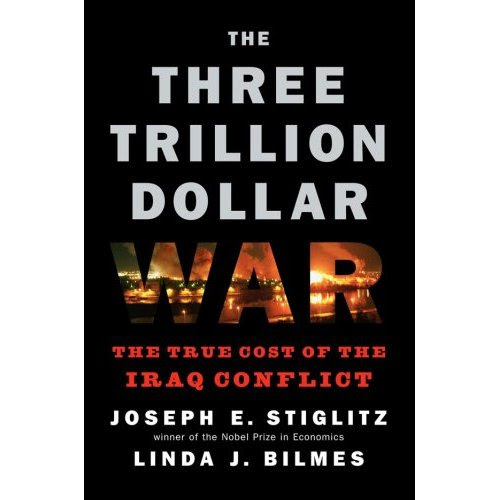 Most shocking news story I've read in awhile. Get the transcript and the audio and/or visuals here.

Posted by Philip Shropshire at 11:41 AM No comments:

Harlan Ellison On Early Days of Science Fiction and Scientology

Below, Harlan Ellison has been drawn into the scientology debate and he's extremely uncomfortable with it. One reason I would think he's uncomfortable with it is that he's actually a big fan of Hubbard's pulp fiction. I think he's the only person I know who is. But, frankly, I respect Harlan's opinion when it comes to literary matters. Now, at the very end here he talks about how scientology got started and I must confess it makes the religion look bad. Dear Mr. Cruise: your religion was started on a financial whim. It's an amazing bit of conversation by the way and, while it wouldn't surprise me if Harlan gets this pulled in the next several weeks, I really think it shows off Harlan at his most brilliant. Man, the history that guy knows and has lived...

Posted by Philip Shropshire at 11:24 AM No comments: