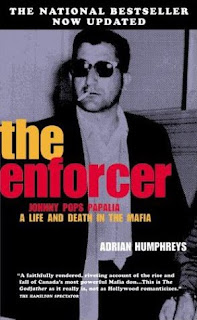 You know I can't say I have much respect for the Tea Party and their openly racist fellow travelers. But there is a kernel of truth to some of the arguments that they make against the evils of big government. I agree with McGovern that the only thing that can countervail Big Business is Big Government, although I would be interested in his opinion when Big Business essentially owns Big Government. I am horrified about the relationship that BP has with our current government. And that has to change.

However, there is some truth to the idea that government officials, pretty much with a casual malicious glee, can pretty much ruin your life if they decide to enforce rules that you've never heard of before or if you tell them that their interpretation of the law is wrong and that both contract law and settled state law overrides the Wilkinsburg ordinance.

I'll give you a personal story of how this works. Several months ago Wilkinsburg code enforcer Jim Frank had told me that I needed to cut the lawn. I told him that I was a renter and that cutting the lawn was my landlord's responsibility. I mean, I'll take out the garbage, clean up loose trash and in the winter I'll even remove the snow. But as a renter, for over 26 years even going back to college and through several towns, I've never had to cut the lawn and my current lease is very clear that lawn care isn't one of my responsibilities. I might also mention that I hadn't been approached about the lawn the previous several years that I had lived here, which makes me think that there might be some outside forces at work. (I've made enemies, powerful....) My money is on the rich landlord right across from me or it might be the black church...Who knows. I will destroy you all.

By the way, for all you legal beagles out there, landlord-tenant contracts are considered mostly contracts of adhesion. That's a fancy way of saying that as an average tenant that you don't have much say over the average landlord contract. You usually have to take it as is. What this also means is that if there's a laundry list of responsibilities within the lease agreement then that's all there is. The landlord can't later say "Oh, and I wanted him to cut the lawn as well..." The landlord gets one shot at the apple because they're considered the powerful person in this relationship. I'm also sure the code enforcement officer can't say it after several years especially as a Third Party without standing, and super especially after ignoring the problem for the previous three summers....

Now, and this was either Friday morning of last week or Monday morning of this week, he knocks on my door again. He gives me the same spiel and I tell him that I am within the law of my signed lease (and also, as I discovered later, well within the law of the state's Landlord Tenant Law, which trumps local ordinances, especially if they're in conflict and I'm talking to you Miss or Mrs. Wilkinsburg Borough Solicitor Pat McGrail...) and this is where it gets interesting. I don't mind him for doing his job. He certainly has a right to point out what the code is. What he doesn't get to do is play favorites or make it very clear that if I don't cut the lawn he's going to look for code violations in order to evict me. Now, I don't remember the exact sequence or words spoken in the next minute afterward but then he pointed out that he thought he was pretty sure that a cable going to the upstairs was a violation (what he didn't know is that it wasn't plugged in and that I've received no complaints from my landlord since moving here in 2007.). Then that devolved into we'll talk about this in a week. And then, after that, and I took this to be a threat he said, and I quote: "I'm going to getcha out of here."

So let's review. The penalty for not cutting my lawn is a citation and maybe a fine if I don't obey the citation. There's also penalties for having a cord run up to the upstairs. I don't know I guess I'll find out. I don't think there's anything in the Wilkinsburg book of code, that I have since browsed through and made some copies of, that declares that Wilkinsburg Code enforcer (much like Al Capone enforcer Frank Nitti) Jim Frank has the right to threaten and blackmail me with eviction if I don't cut my landlord's lawn, in accordance with the original intent of my own lease. I felt like that some poor shop owner being told about "consequences" and "We wouldn't want anything to 'appen to your nice military base now would we?" if I didn't pay the mob's protection money.

Well, Jim, I'm not paying you the racket money. I didn't run from the Klan and I don't run from the gang leader who lives four or five doors down from me. Take your best shot.

I'll see you in a court, probably as both a defendant and a plaintiff. I'm filing a criminal charge of extortion and blackmail against you in the next ten days. Civil claims will probably follow. I can write my own briefs. Sometimes I even win.

I'll see you in court. I'm also going to send this to the Wilkinsburg Solicitor tonight by way of her website.

Respectfully but without fear,

Related: Just for the record, there are some intelligent and law abiding solutions to the lawn problem, as opposed to blackmailing me with eviction if I don't cut my landlord's lawn or manicure her toes or whatever.

First, there's the perfectly legal one: Wilkinsburg can cut the grass and cite my landlord for the expenses and send her the bill, which is perfectly legal under state law. Yeah I know Jim said he couldn't find her even though I have her email address and phone number but tough luck. This is her property. I'm not liable for that BP spill, either.

Two, Wilkinsburg has a Weed and Seed program. I would have no problem if someone came over and cut stuff and planted pretty flowers, not only in the front, but also the backyard. I'm sure my landlord wouldn't mind, especially if it got her out of yet another fine and citation/arrest warrant. I'll email the coordinator right after having a chat with the DA about the wonderful tactics of Wilkinsburg Code Enforcer Jim Frank...

Three, or the city could just pay me a hundred bucks to cut the lawn twice a summer. (By the way, it would probably cost no more than 100 bucks, each time, to do that. Or I could find somebody through Craigslist. I might note that there have been almost a record number of demolitions in Wilkinsburg over the last three months. Each one costs, I believe, around 13 thousand dollars each at least--I'm guessing this is stimulus money. You would think they would have the money to cut the landlord's lawn...)

I know these are all civilized and imaginative solutions and not nearly as much fun as threatening to break my knees if I don't pay Fat Tony the weekly "tribute" money but that's just how I roll.

More Related: Just to end with this government thing: when you see government abuse by arrogant government officials for god's sake write about it. Bring their evil into the light of day. That's the one major weak link with "Evil Big Guvmint" types. You can at least vote these guys out, for now anyway. You'll never have a say over what multinationals like BP do.


Posted by Philip Shropshire at 9:33 AM

Found this in searching for info on Jim Frank. He's running for Wilk. council, and I'm trying to help stop him. RE if you have more info.

I didn't like him as an inspector that's about all I can say. He won't get my vote.