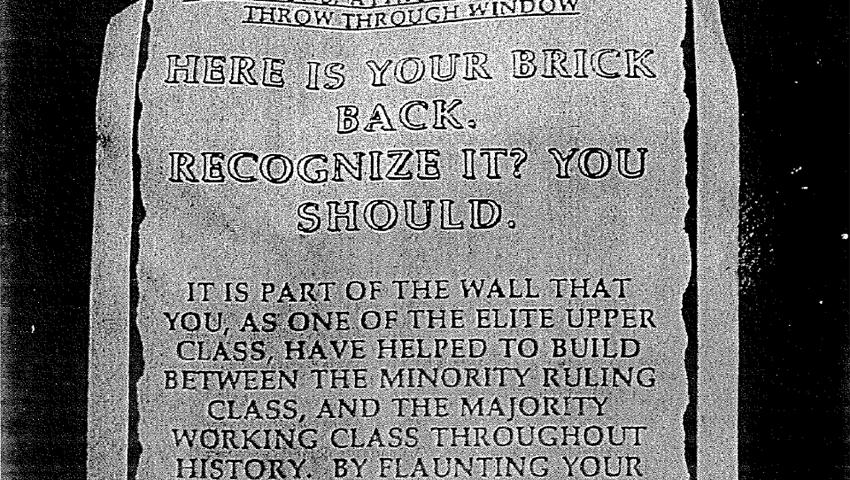 I was reading this interesting Uncle Scam post and it got me thinking what note would I attach to bricks or pieces of concrete that I've thrown through bank building windows. Here's what Social Youth Chaos wrote:

“No entry was gained and nothing was taken, so it appears this was the delivery of some kind of message by the perpetrators,” Andy Oakley with Bremerton police said.

Police said the content of the notes were all the same and read as follows:

“Directions: Attach to brick and throw through window”

“Here is your brick back."

"Recognize it? You should.”

“It is part of the wall that you, as one of the elite upper class, have helped to build between the minority ruling class, and the majority working class throughout history. By flaunting your decadence, you have made yourself a target.”

I came up with 11 such notes. This certainly isn't an endorsement of perhaps justified vandalism against the state. As I've been saying quite a bit lately: I have the same respect for the rule of law as does the current president of the United States, perhaps even slightly more, which probably isn't saying much. (Note to ineffective local hooligans: Notice they attacked banks and not eco friendly food stores.)

Labels: and so it begins, social youth chaos

Posted by Philip Shropshire at 4:38 AM