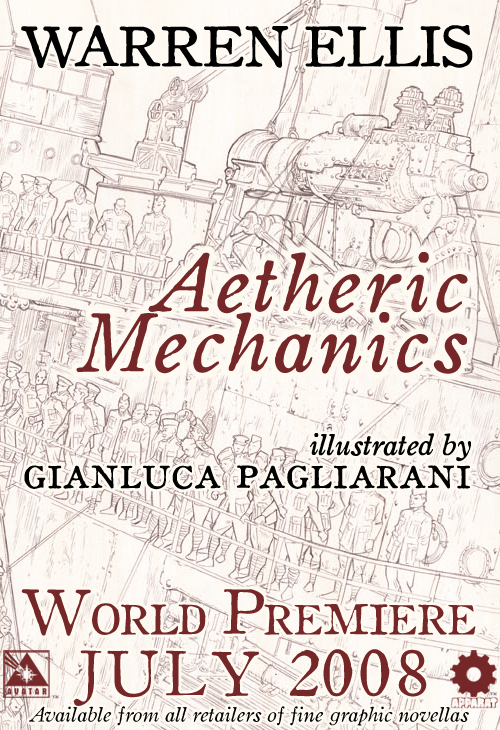 Warren Ellis is often a mixed bag. He usually tries to write too much (If I had to pick a writer who I thought was on or was trying to attain Modafinil…) and occasionally you’ll get a Warren Ellis story that’s a little thin or has two pages of dialogue and 20 pages of “action” or at least that’s how I remember that one issue of the “Global Frequency”. However, when Ellis is on he’s one of the best comic book writers in the world (Alan Moore level as I once explained to Jorn Barger) and a very good and well versed science fiction writer as well.
“Aetheric Mechanics” is Warren Ellis when he’s on. When I looked at this at first I thought this was a take on the Steampunk genre, which it looks like and which he’s also done with “Captain Swing and the Electrical Pirates of Cindery Island“. But it turns out to be something completely interesting and science fictional. Spoilers ahead as they say.

ITEM: I usually don't reprint my reviews but this one was kind of interesting. So...
Its hard to describe just how unique and original just the concept of “The Nightly News” is.


It doesn’t feature capes or underwear perverts but it does feature a very intelligent sense of violence that could be aimed at the Fourth Estate. In fact, as a former reporter, not a big time reporter mind you but I did work for a daily at one time, I can tell you that this critique waged by the terrorist group composed of both The Voice and The Hand is completely accurate.


“The Nightly News” is also very prescient in that it predates and predicts the rise of groups like Anonymous, Wikileaks and various other new media terrorists. I mean, it would be bad if these groups used force to kill people but you wouldn’t think they didn’t have a reason…


It’s as if someone actually decided to read the best modern press criticism and create a terrorist group that’s willing to shoot people in the head over it. And make it into a thrilling comic book adventure.


(Just as an aside here are the fount works/writers of corporate press criticism: “Media Monopoly” by Ben Bagdikian, try to find what you can of A. J. Liebling’s “Wayward Press” columns and here’s a nice primer by the great Noam Chomsky and Ed Hermann called “Manufacturing Consent: A Propaganda Model” and you’ll get the point. The press no longer works as an independent verifier of truth and corruption. This is why documentaries like “Sicko” and “Gasland” break big stories because your corporate press outlets work pretty much like PR firms. They even feature the same kinds of people although they  make less working as reporters….)
Here’s a page: 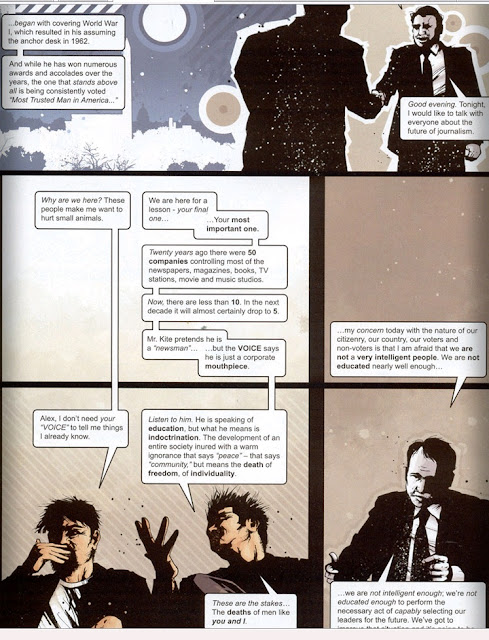 That statement about “Twenty companies” controlling everything is taken straight out of Bagdikian’s “Media Monopoly” mentioned earlier. In fact, I’m pretty sure that number is down to about five or six. Now here’s something curious. You see that guy in the lower right hand corner? His name is David Allen Kite but his resume sure looks like Walter Cronkite’s. Spoiler: He gets shot by the way. But first he accuses Walter of being a stooge for the CIA. In fact, he mentions several other prominent journalists as being CIA plants, which I discovered has a basis in fact.


Here’s the statement from one of the crazy assassins:


“You weren’t alone: Paley, Jackson, Luce, Sulzberger…How long were you on the payroll of the CIA?”


There’s actually evidence that this is actually true. I heard about that and I had seen it in my own career as a reporter not necessarily from the inside but there was pressure not to report on what was happening in South America in places like Nicaragua and El Salvador. I think the story that Jonathon Hickman bases this on is this Carl Bernstein report in Rolling Stone back in 1977. I haven’t read it closely enough to find out if Cronkite was mentioned. But that just goes to show you the level of the research involved here. This is light years beyond in conception of the average dopey comic books I usually review. (I’m looking at you John Byrne’s meaningless “Cold War” comic books…)


Just for the record I don’t agree with the tactics of either The Voice or  his Hand. There is something called “The Internet” which has all kinds of alternative press outlets for both the left and the right. This is why SOPA and PIPA fell to defeat recently so no need to shoot people in the head.


The story begins with a team of 3 shooters killing at first random people in order to draw news people to the scene in order to shoot them. Not necessary. Unless its Fox News of course…just kidding. Or am I? I should also point out that your local news stations offer practically worthless information. But again: summary execution not an acceptable option.


I should point out that the artwork is outstanding. It’s not necessarily that the figures are super well drawn but that the overall design is just flat out brilliant. It’s not just a comic that’s well told but told in a completely new and interesting way. You know how films like “Sin City” and “300″ have their own particular color coded cinematography? That’s exactly how “The Nightly News” works with its dizzying array of pink pastel geometric backgrounds.


Bottom line an outstanding work that you can actually research into later. It’s that dense. 4.734 out of 5 stars. Completely original and well thought through.
Posted by Philip Shropshire at 11:55 PM 0 comments 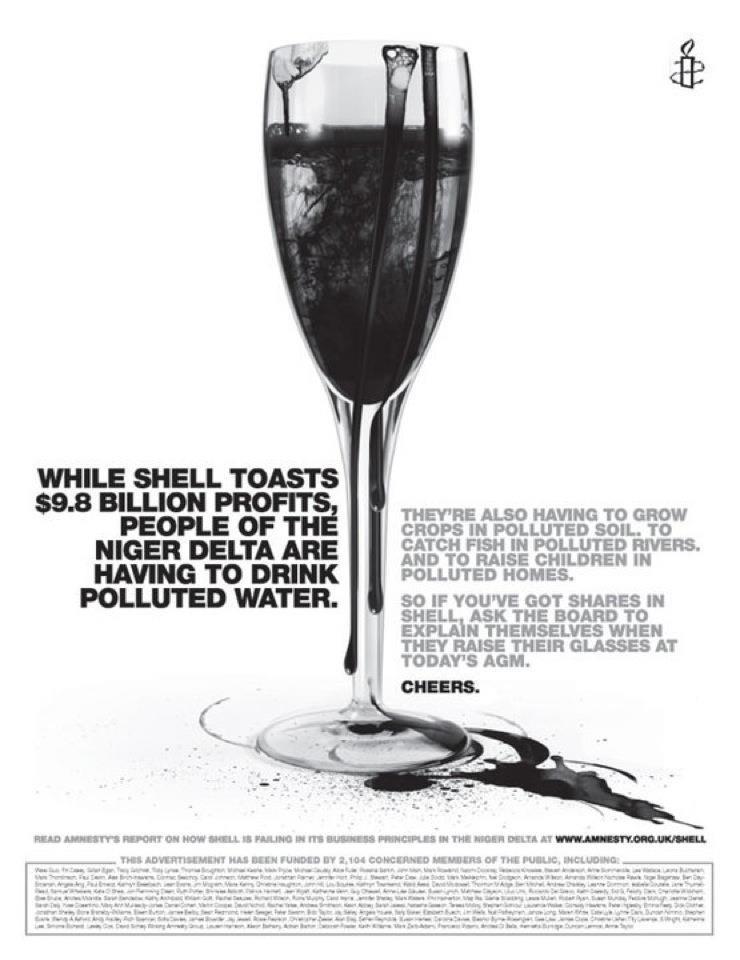 ITEM: Something interesting from Amnesty International. Now that we have an African American president I'm sure he'll take care of this. Or they'll use an African American president to kill Muslims and excuse the usual kinds of expropriation that evil multinationals do abroad, especially in Africa. I'm sure its one of those options...Sign the pledge.
Posted by Philip Shropshire at 11:49 PM 0 comments

Philip Shropshire is Number One in General Technology & Reference. Kneel before Zod...!

Some clarification: I am number one in "Top 100 Free". Do I get paid for that? I'm hoping that Amazon pays for that and I get something out of it like, say, "money". Probably not. But its 466 overall, in the Whole Wide World, and its probably not bad promotion for a guy named "Philip Shropshire". I've had worse days. I guess I need to self publish some more books and get a boost from this...This screenshot was taken an hour ago.... 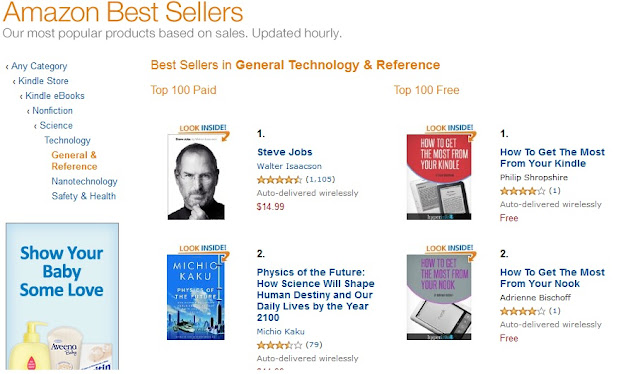 Pics of Firedoglake's Drop Off at Occupy Pittsburgh, Plus Other Shots Taken at Daytime.

There's about an hour left to vote at Firedoglake's Best Occupy Actions contest. I'm going hometown even though this current Occupy location might be forcibly evicted within the next several days.

I helped deliver some Firedoglake packages (gloves, jackets and other winter clothes...) with Dean Mougianis  to the Occupy Pittsburgh's camp some weeks ago. Thought I should post these pics before they're shut down within several days. It's not over. Decentralize decentralize decentralize...

I also took some pictures in the daytime last Saturday when I just happened to be downtown. One more thing: thank you Occupiers for doing a very hard and difficult kind of protesting. I think its helped things on a number of issues even though we still have a long way to go. We have to create some alternative parties. 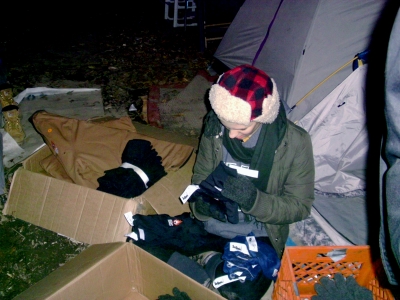 People can send me the names and I will add them. 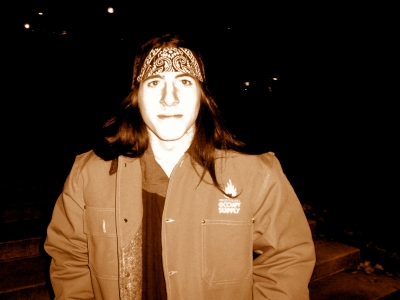 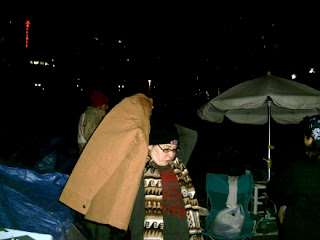 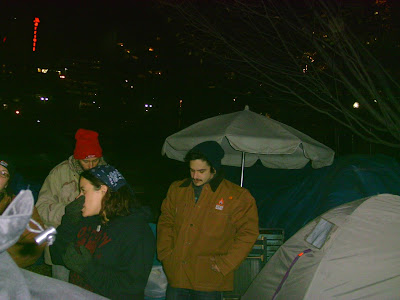 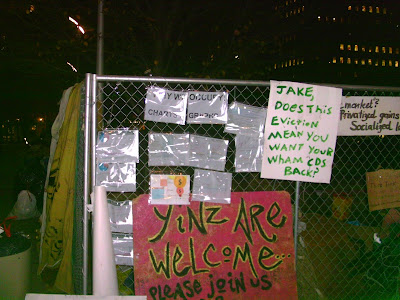 And here are some of the pics I took last Saturday in the day, where my cheapie sub 100 dollar digital camera can take better shots. 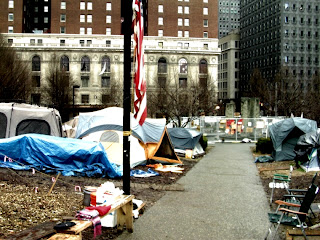 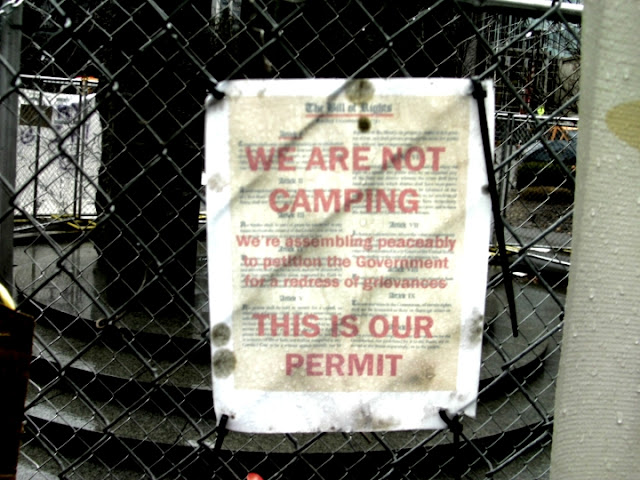 My Review of Noche Roja over at Comics Forge

ITEM: My review of "Noche Roja" is up at Comics Forge. I think it means "Red Night" or bloody night considering all the murders that are involved.
An excerpt:


What’s remarkable is that Noche Roja is one of the few comics I’ve read that talks about the Mexican present and Third World misery...Yes there’s WW3 but its not published by a major label indy imprint like Vertigo. This is a present that could easily turn into the American future. You can definitely tell that the writer has spent time living in the Third World. Without giving too much away, the story involves a number of issues that pervade the daily routines of the Mexican poor. 1.) You can be murdered very easily if you’re a journalist in Mexico. 2.) The treatment of Mexican workers, mostly women, is pretty horrible. Those workers are mistreated and abused for the most part. They don’t make a living wage and those factories have successfully lowered the standard of living for every U.S. Citizen. 3.) There are a number of unsolved murders (100s I think…) of mostly women within the Maquiladoras. It’s a serial killer’s dream.
Unfortunately, or fortunately, this all makes for a great and truly entertaining and suspenseful graphic novel.