My Brilliant Career at Examiner.com is at an end. Not sure why.

ITEM: My brilliant career with the Examiner news service, run by apparently the Colorado version of Richard Scaife, appears over. Oh, where will I get an extra 40 to 90 dollars a month? I'd probably make more money panhandling. By the way, my career path over the last 10 years resembles this man. 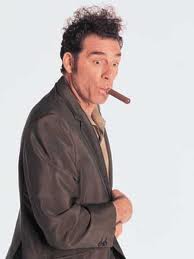 Anyway, so this is the story that got all of my privileges pulled. I don't know exactly why those privileges were pulled even though I did ask . The reasons given by my "editor" Jessica Centers, our guidelines and high standards and whatnot, would make sense at a place like Firedoglake. Those reasons don't make sense at the Examiner, where writers have routinely just made stuff up so to speak and weren't caught for weeks. Do a search for UFO stories at the Examiner. I mean, the truth could be out there, but not from those writers... It would also have made a bit more sense had you cancelled the first two--

--stories in the series and not just the third. That would have made sense.

And now that I no longer work for the examiner I can state this: some of the worst writing I had ever seen is printed at Examiner.com. You can definitely apply Sturgeon's law to that particular enterprise. There are some good writers at the Examiner but its very rare that you find an actual "story" of any kind. The only reason I didn't mention it before is that I thought it was bad form and an obvious misplacement of loyalty: Never badmouth a brand that you're a part of. (Although I was about to ask. Some of the Examiner.com occult/paranormal/religious stuff was just too good to pass up at my atheism post...)

By the way, I lost all three of my posts not just the title of Progressive Examiner, but also the elections 2010 post and the Atheism post which I had finally figured out how to localize. Stay classy Jessica. What's also funny: the work I did on the Jim Frank stories was the most reporting and "work" that I did since arriving there. I actually had to do "things" in order to write those stories. I had to research the case law. I had to talk to two reps at the Allegheny County DA's office. I had to look over Wilkinsburg city ordinances. Most times, I'm just reworking press releases. This is why when people talk about the "dignity of work" my eyes glaze over in disbelief. If you have a choice between a "job" at the examiner-- or some other non union no rights private sector job--or unemployment benefits, then take the unemployment benefits. You can rely on those. You can't rely on many private sector jobs. There's an essay there someplace. Long live the 99ers....

More on this later. Oh one more thing:

ITEM: I spoke to high placed sources within the Wilkinsburg city government (sounds way more official than I ran into Jim Frank's boss at the Wilkinsburg Farmer's Market....) and it looks like Jim has taken a leave of absence due to "health concerns". Here's a speculative opinion: Jim Frank would still be on the job and healthy if I hadn't written this or this or this. This is why the powerful hate the modern Internet. It allows little people like myself to fight back on an enormous world stage. I have much more power as an online writer than I ever had as a reporter. The powerful hate this as well.

Luckily, the current Internet allows for little people and the super hackers behind Wikileaks to fight back.

ITEM: Unfortunately, this is why people are trying to kill the current Internet, or the only show I like that has managed to stay on the air for more than 13 years. Its gets better every year. This all ends if network neutrality ends. An Internet like cable tv would be a very mediocre Internet. It would also be controlled entirely by Fox News types which is why when Democrats like Chaka Fattah and Alan Grayson back the telcos against net neutrality it makes me want to tear my hair out.

Posted by Philip Shropshire at 2:48 PM