A Pro-Enlightenment Around the Internets

A Pro-Enlightenment Around the Internets

".....All religions are prone to it, given the right circumstances. How could those who preach the absolute revealed truth of every word of a primitive book not be prone to insanity? There have been sects of killer Christians and indeed the whole of Christendom has been at times bent on wiping out heathens. Jewish zealots in their settlements crazily claim legal rights to land from the Old Testament. Some African Pentecostal churches harbour sects of torturing exorcism and child abuse. Muslims have a very long tradition of jihadist slaughter. Sikhs rose up to stop a play that exposed deformities of abuse within their temples. Buddhism too has its sinister wing. See how far-right evangelicals have kidnapped US politics and warped its secular, liberal founding traditions. Intense belief, incantations, secrecy and all-male rituals breed perversions and danger, abusing women and children and infecting young men with frenzy, no matter what the name of the faith.

Enlightenment values are in peril not because these mad beliefs are really growing but because too many rational people seek to appease and understand unreason. Extreme superstition breeds extreme action. Those who believe they alone know the only way, truth and life will always feel justified in doing anything in its name. You would, wouldn't you, if you alone had the magic answer to everything? If religions teach that life after death is better then it is hardly surprising that some crazed followers will actually believe it."

--some of Polly Toynbee's Essay "In the Name of God"

Item: That's a great essay by Toynbee. There is a war now between reason and mindless, superstitious faith. I'm going with reason. However, I've read that not all the suicide bombers are all that religious. Out of curiosity, if you were witness to an imperial power slaughtering over 100000 of Your Kind and trying to steal their most valuable asset wouldn't you be angry? And how would you fight back if you didn't have a war machine at your beck and call? I'm not necessarily endorsing their actions because I take the bus a lot, but I understand them. There's also the disturbing notion that the terrorists are using the disenfranchised and underemployed to build their ranks. If that's so, they'll find the US a virtual Mecca of opportunity. (This just in on the why they legitimately hate us department: The Children of Abu Ghirab and angry comment from Hunter) 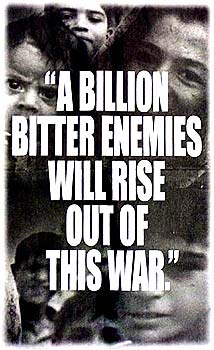 Item: I think the panopticon in Britain works. It doesn't prevent terrorist acts of course. Nothing could do that without addressing root causes. And those cameras won't be of much use if a suitcase nuke goes off but for everything up to that cameras are pretty helpful. I wouldn't mind those cameras in the United States as long as everyone had access to them. That's kind of what's been discussed at Worldchanging. Science fiction writer David Brin has been thinking about this for awhile now.

Item: One day I will own my own air force. My quest starts here and here. 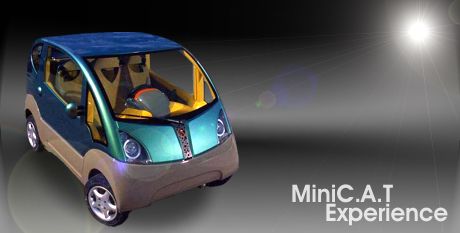 Item: I've been watching Guy Negre's air compression car for about five years now. It looks like American production is about to begin. Fifty cents for a fill up?

Item: Free Inquiry on the new Pope or Everything You Wanted to Know About the Pope But Was Afraid to Ask.

"....In any case, why the corporate media in the United States and worldwide should present without dissent the Vatican's propagandistic views-particularly its claim to be the primary legal and moral representative of Jesus on Earth-is, I submit, unfair and untruthful.

There are surely positive aspects of the ministry of John Paul II. He sought to reach out to other faiths in dialogue-for example, to Jews and Muslims. He also apologized for the Crusades, the Inquisition, and the trial of Galileo, which is all to the good! But he was an adamant opponent of women's rights, at least within the church, refusing their ordination; and he opposed divorce, reproductive freedom, contraception, abortion, and artificial insemination. He was an implacable foe of the "death-with-dignity" movement and its advocacy for euthanasia and assisted-suicide, which struggled to offer the incurably ill merciful release from their suffering and pain. He insisted upon a celibate priesthood, though the church did not practice celibacy during its first thousand years. He was also a strong foe of stem-cell research, on the arcane theological premise that the "soul" is implanted at the moment of conception or of the first division of cells in a petri dish-in spite of the consequent positive benefits that may accrue to humankind from stem-cell research.

On his many trips to Asia and Africa, he insisted that condoms not be used; and he argued for abstinence. These polices no doubt caused millions of deaths from AIDS and contributed to population growth in the Third World. Although a critic of poverty-in his favor-and the excesses of capitalism, he also opposed liberation theology in Latin America, which meant that the Roman Catholic Church continued to support the power structure of these countries. Last but not least, he opposed dialogues between Roman Catholics and humanists after 1988, in spite of the fact that three earlier dialogues had been highly successful in finding common ground.


Unfortunately, this was in the wake of his overturning of Vatican II, which had attempted to bring the Roman Catholic church into the modern world. During his reign, superstitious miraculous sightings of Mary and Jesus were encouraged; even exorcisms returned to a church that for many decades had been skeptical about claims of demonic possession.

Posted by Philip Shropshire at 1:43 AM